This campaign is the result of research conducted by VACC on automotive apprentice retention. Communication was found to be the major reason for apprentice drop-outs.

Talking about my generation

A consistent comment from supervisors participating in this research was that today’s cohort of apprentices is different, and that this was the main reason behind non-completions. In fact, 72 per cent viewed this generation of apprentices as different to previous ones. Comments suggested today’s apprentices lack communication skills, life skills, have less resilience and don’t think ahead.

However, there was a group of supervisors who took the approach that today’s cohort of apprentices are just like apprentices from years gone by: young people in need of guidance and mentoring. This group recognised that this generation is not different, rather the environment it has been raised in is vastly different to how other generations grew up.
This group also reported fewer issues with retention than the other group, highlighting the importance of the right attitude. Those who were expecting issues were more likely to experience them. 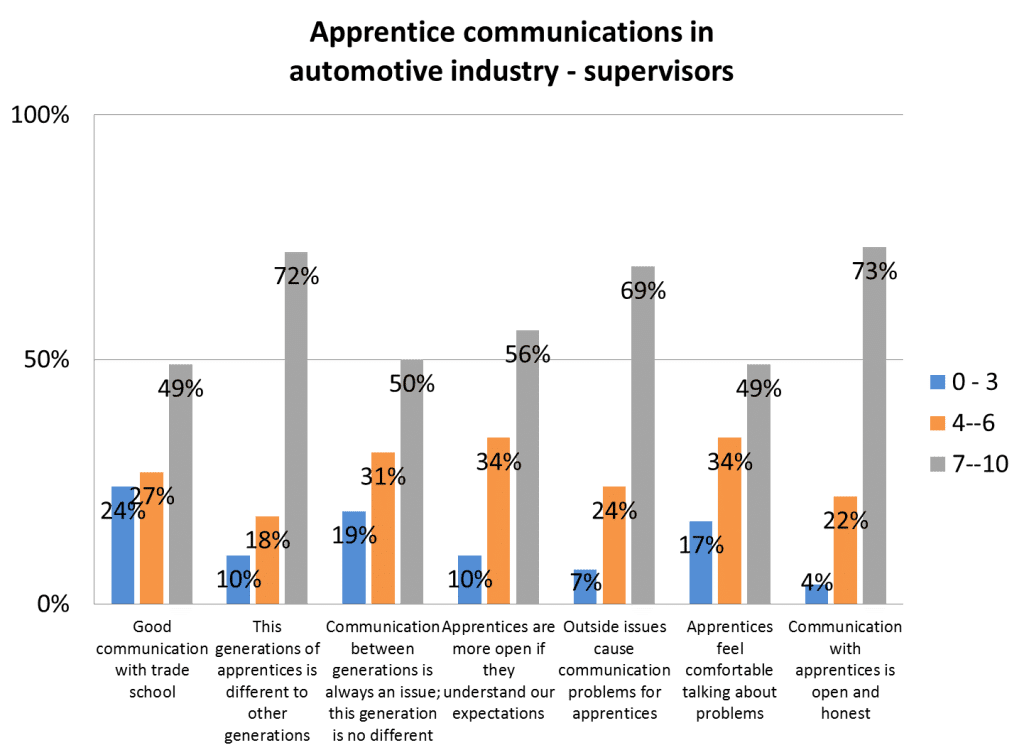 Passion for vehicles and the industry is the main motivator for young people pursuing an automotive apprenticeship. Of those apprentices surveyed, 71% reported a passion for cars as a main reason for being involved in the industry. This passion is also strong among supervisors. Working out another person’s passion in life is a great way of forming a connection with that person, and that connection can be strengthened if both people share a similar passion. 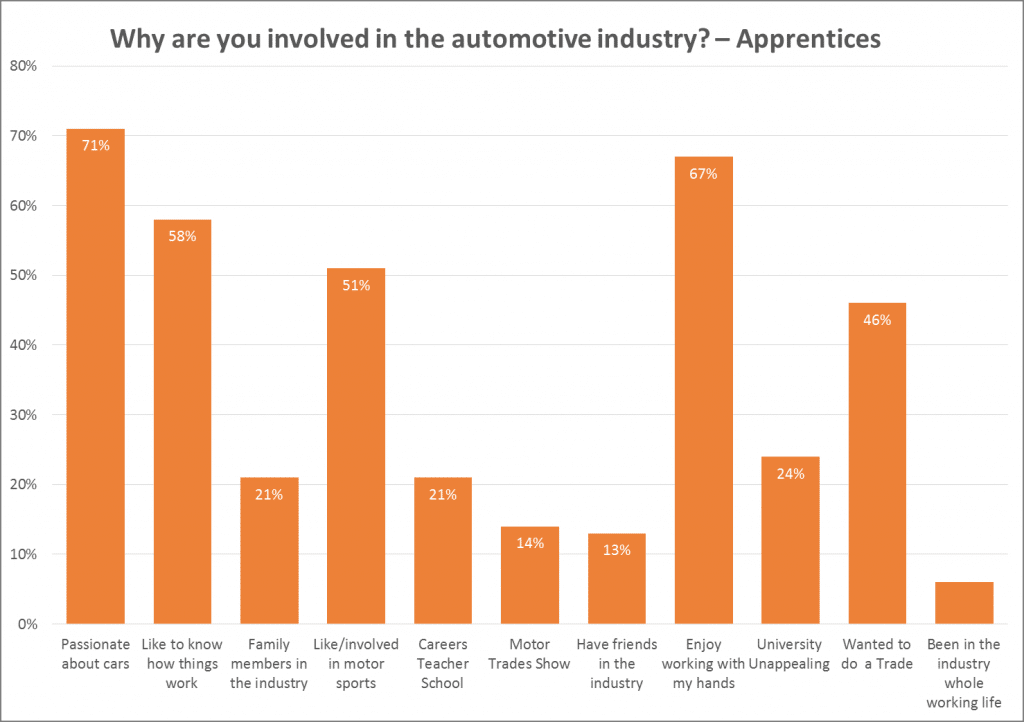 Time pressures are a constant in the automotive industry. A time-poor supervisor may become too busy to properly instruct or teach an apprentice. This is a false economy, however. It runs the risk that a mistake will be made, which could result in other problems, such as safety risks, reduced work quality, an apprentice failing to learn properly, and more time spent rectifying the mistake. Apprentices report pressure to do things quickly as a negative factor of working in the industry.
Taking the time to help and instruct an apprentice today will save you a lot of time in the long run. 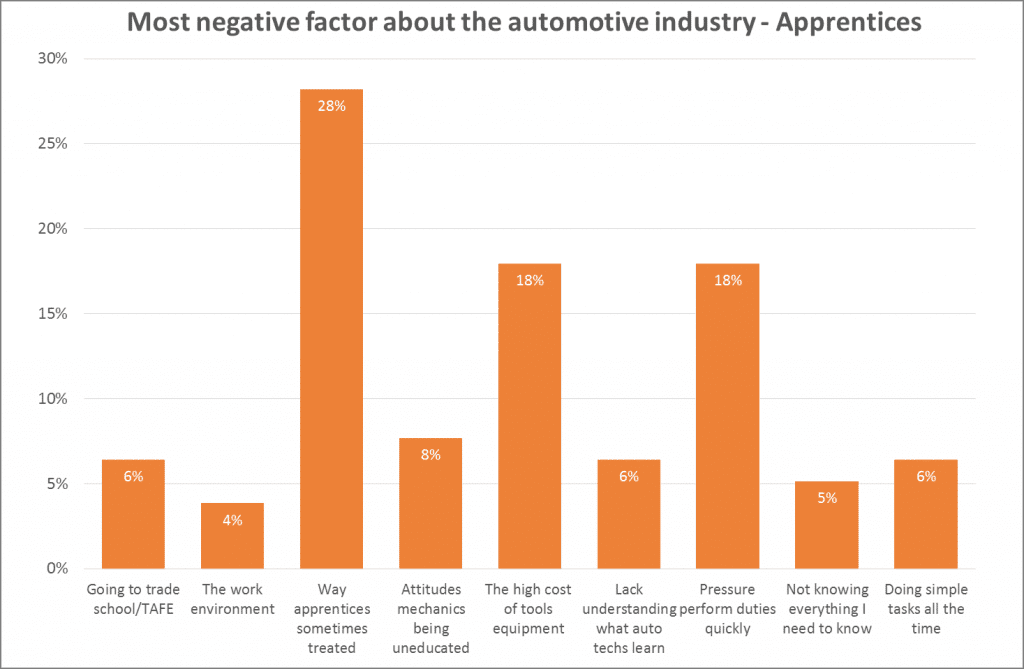 Smart phones are a part of life, and young people today have grown up with them. Supervisors increasingly have issues with mobile phones, with 59 per cent saying that apprentices are always getting distracted by their phones at work. Some workshops have found phones to be useful as a torch, to log progress by taking photos or to look up technical information. In exchange for this privilege the onus is on staff not to abuse it. Others prefer phones to be locked away, where users cannot be distracted.
There’s no right or wrong policy, but it is important that all staff members are aware of the policy, and that all are following it. 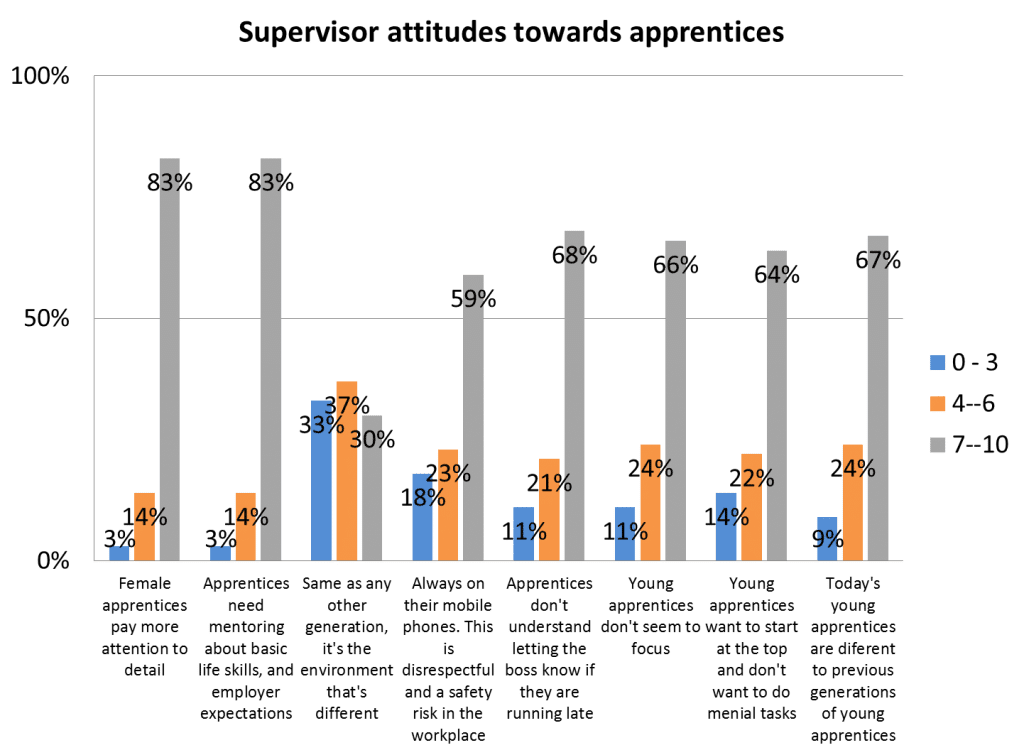 The research found that 83 per cent of supervisors report that apprentices need life skills, such as understanding expectations in a workplace. Some said this was lacking among many young people due to schools being more focused on academic scores. Mentoring at work is important. Other initiatives, such as VACC’s Life Skills Program, compulsory for all first-year VACC auto apprentices, help teach valuable skills which may have been overlooked at school. 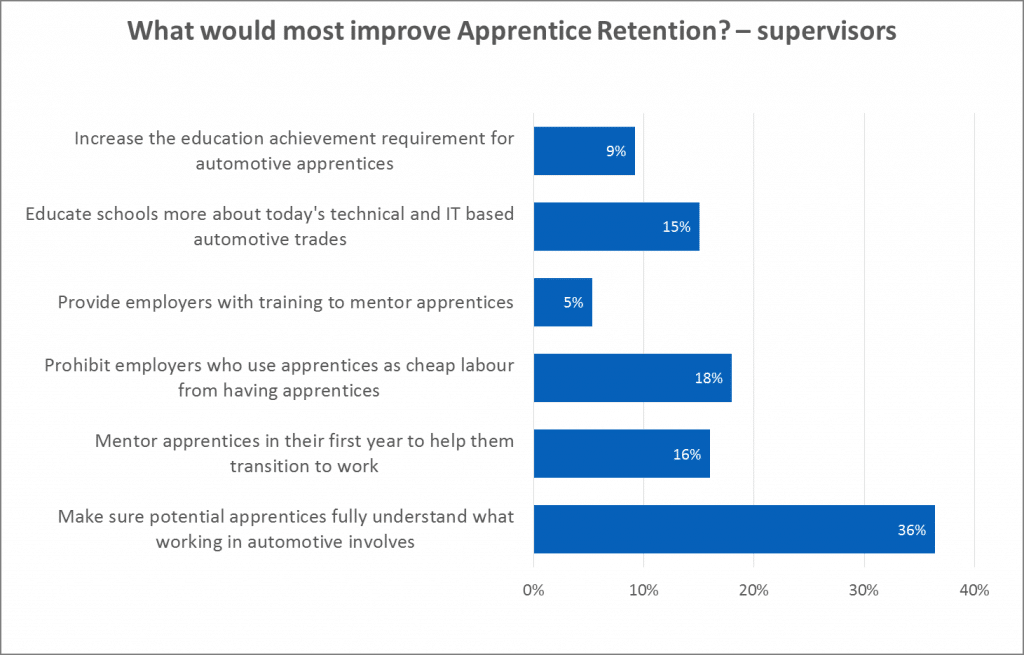 Call us! We love the opportunity speaking with our Members directly. Alternatively, email or message us, and a team member will get back to you.